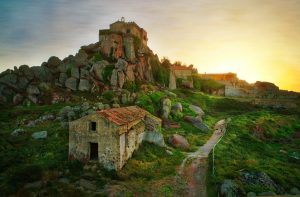 Most students work very hard both at university, and in their self-study periods in the library and where they are living. So when students studying in Portugal have a day or afternoon off, they will often have fun with fellow students by exploring some of the country’s uniqueness.

Portugal houses some magnificent architecture, and there are well over fifty glorious castles from the medieval period (also known as the Middle Ages), which ran from the 5th – the 15th century. There are also some very interesting fort and villa ruins from the time when Portugal was occupied by the Romans.

Other places to look out for are the country’s magnificent cathedrals which boast both Gothic and Romanesque influences. There are also some which have been designed in a national late-16th century fashion. These were developed through the adaptation of a few different forms in order to generate an opulently elaborate whole.

Some of the best examples of Portugal’s wonderful architecture which should not be missed include: the Cathedral of Lisbon, which features some ancient Roman construction relics, Batalha’s Santa Maria da Vitória’s Gothic abbey; the Romanesque cathedral in Braga; Lisbon’s hugely impressive Manueline-type Jerónimos Monastery; Porto’s Tower of the Clerics; Tomar’s church and castle of the Convent of Christ, and the charming Pombaline- style Baixa neighbourhood in Lisbon. These buildings were constructed when Lisbon had to be completely rebuilt after the devastating earthquake in 1755.

There is a wealth of modern architecture to explore as well, and a number of contemporary architects have done a marvellous job of fusing Portuguese classical styling with contemporary functions. These architects include: Nuno Teotónio Pereira, Fernando Távora, and Álvaro Siza Vieira. The latter is someone who did a great deal to successfully transform the historic Chiado area in Lisbon, a part of the city which was completely destroyed in 1988, after a horrendous fire.

Oftentimes, foreign students who go to study in Portugal, like to stay in historical regions of the towns and cities.