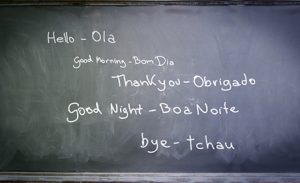 The renowned Northwestern University’s Portuguese program offers a broad range of exciting language courses for students of all ages. Among others, these include the very popular Brazilian Literature and Lusophone Culture. Many of the university’s students have been awarded substantial fellowships including the Circumnavigators and the Fulbright. And this has taken them to great heights in their academic and career goals.

The Portuguese language is the mother tongue of approximately 230 million individuals. Furthermore, within the rapidly growing European Union, Portuguese ranks on the list of the block’s official languages. The Portuguese language even beats Italian, French and German, as it comes in as the 6th most broadly spoken language on the planet. In fact, Italian comes in at 15th place, French at 11th place, and German at 10th. So learning Portuguese to a proficient working level, can clearly be rewarding.

In fact, in numerous regions all over the world, Portuguese is a recognised language. Other than the European Portugal and Portuguese islands, other areas include: the substantial Portuguese and Brazilian immigrant communities in America and Canada, where the language is regularly spoken in certain regions. Moreover, Brasil is a huge country with Portuguese as its official language. And in Asia’s Goa, Macau, and East Timor, Portuguese is spoken by various communities; and is the common language in a number of African regions including São Tomé e Príncipe, Guiné-Bissau, Moçambique, and Angola.

So in terms of studying in Portugal and picking up the language, it is far easier being in a Portuguese speaking country, as opposed to learning the language in America or the UK, for example. It is also a lot more fun to go out and practice in the real world rather then just listening to dialogues.

Furthermore, students who do well learning Portuguese, are likely to find that this skill proves very useful in certain careers, particularly in these days if internationalism.